In 2020 which architecture should I use for my image classification/tracking/segmentation/… task?

I was asked on an interview that and I didn’t have a prepared answer.

I made a small research and want to write down some thoughts.

Most of the architectures build upon ideas from ResNet paper Deep Residual Learning for Image Recognition, 2015

Here is some explanation of resnet family:An Overview of ResNet and its Variants by Vincent Fung, 2017. It is a bit dated already. 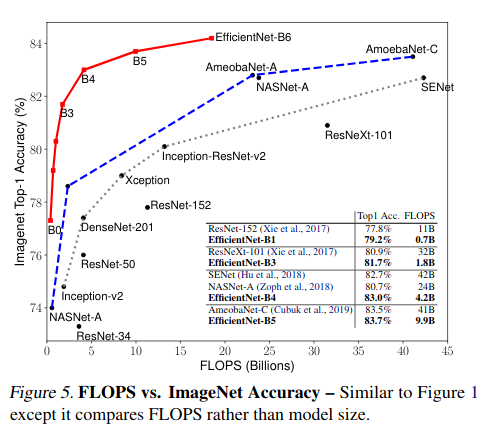 The architecture is pretty simple. They focus on the scaling parameters of the network rather than finding good building blocks.

Pretrained weights can be found for Pytorch and Tensortflow:

The performance with transfer learning seems pretty good. I have seen some doubts about using it on mobile devices. The gists is that EfficientNet is optimized with respect to the number of parameters, not actual Addition/Multiplications or FLOPS on the device. Here is a notebook with some experiments and critique of the efficient net: on google colab, on github 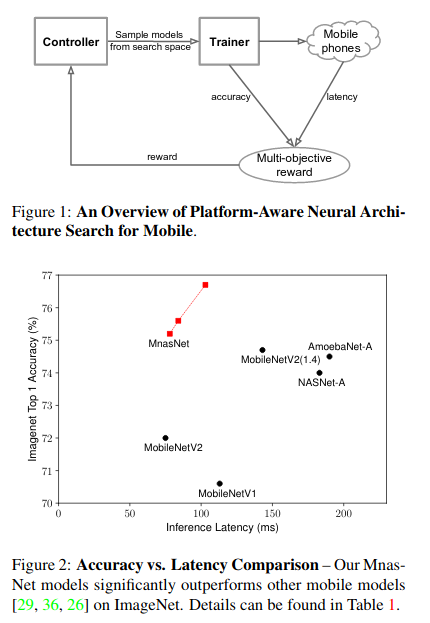 Good - Pareto analysis, provide a range of networks for different speed/quality tradeoff. AutoML. They use MobilenetV2 as a base.

Those guise optimized for real mobile hardware.(see picture) They claim to be 1.8 times faster than Mobilenet V2 with the same performance.

They also beat YOLOv2 for object detection on COCO in terms of quality.

Focus on the mobile platforms.

They implemented several important improvements to reduce the complexity:

Medium paper: RegNet or How to methodologically design effective networks.

A class of models that is designed for fast training and inference. The implementation and the trained weights can be found at pycls repo: https://github.com/facebookresearch/pycls

They claim the network 5 times faster than EfficientNet for some configurations. For the smaller networks the difference is much lower (~2 times). That fact is in sync with the experiments from EffResNetComparison.ipynb (see above).

Interesting example from RegNet or How to methodologically design effective networks:

MNASNets including MobileNets and EfficientNets extensively use Depthwise convolutions to achieve SoTA performances. These convolutions could be understood as group convolutions with group width of 1. The fact that AnyNetXb populations showed that g >1 is best, does not conflict with this fact. That such networks can and do perform excellently is not under question. The paper is empirically showing, with statistical backing to back the claim, that as a design space, g = 1 might be best avoided even though the MNAS search has found particular instances in which there are good performing models to build upon.

A pretty recent paper. The authors propose to split the channels into groups, process them with a separate sets of convolutions, and then concat them.

They achieve a comparable (and better) performance with EfficientNet, while having less parameters and having better frame rate.

I would start with ResNest given it’s great performance.

If I want to have a smaller network with less parameters I would go for Efficient net. That would probably make sense if I run without a GPU. The architecture of EfficientNet is proven to work well in several domains.

Regnet is not trained for the same amount of time and reports lower accuracy. The comparison provided in the paper uses re-trained Efficient Net Weights. It’s unclear whether it will be comparable with on the full-blown training.

The backup plan is MNas and Mobilenet. If I need to run on a smaller device I would be more careful and considered MNasNet or Mobilenet V2/V3.