They predict an inverse depth and use a packnet architecture.

Inverse depth probably has more stable results. Points far away from camera have small inverse depth that with low precision. The nearer points have more information

They use a rather simple CNN from SfMLearner.

paper: Unsupervised Learning of Depth and Ego-Motion from Video by Berkley and google 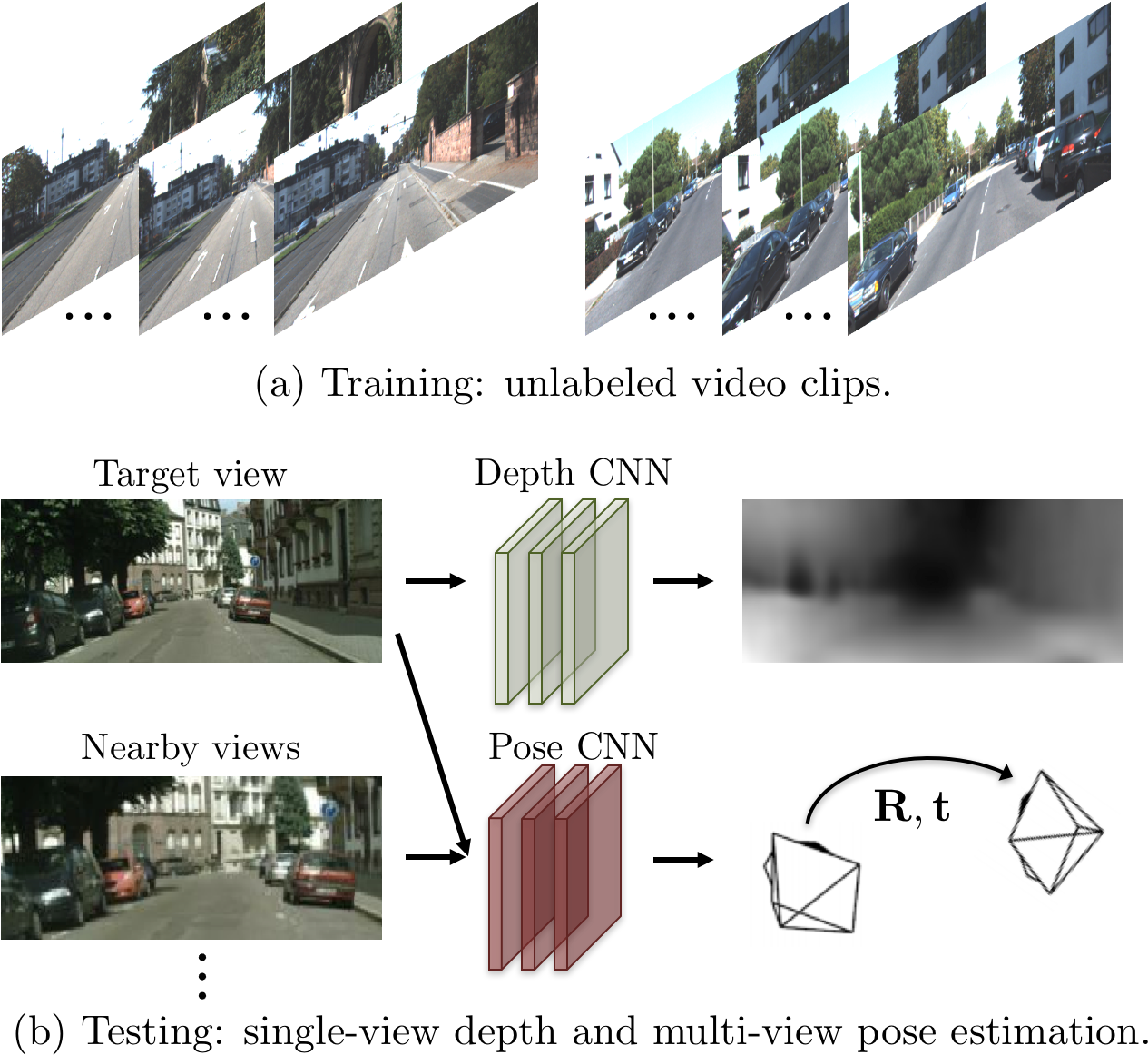 One of the previous works, that became a foundation for 3d-pack.

Depth from Videos in the Wild

Depth Prediction Without the Sensors: Leveraging Structure for UnsupervisedLearning from Monocular Videos

another paper by google.

based on sfm learner

some method that 3D Packing use as a competitor.

self-supervised from stereo and mono.

They claim to be better than monodepth2 and mode generalized than depth_from_video_in_the_wild "Depth from Videos in the Wild". However they require camera calibration and median depth to be estimated prior to processing with an external tool. (COLMAP). Not really "in the wild".

They were able to train on multiple scenes with different depth ranges. The method still requires a static scene for the training. For example they use data from Mannequin Challenge to train their models. Then the network can be used on dynamic scenes with people.

The code is not available so far.