Tutorial with arduino - I was using that.

My version on a breadboard: 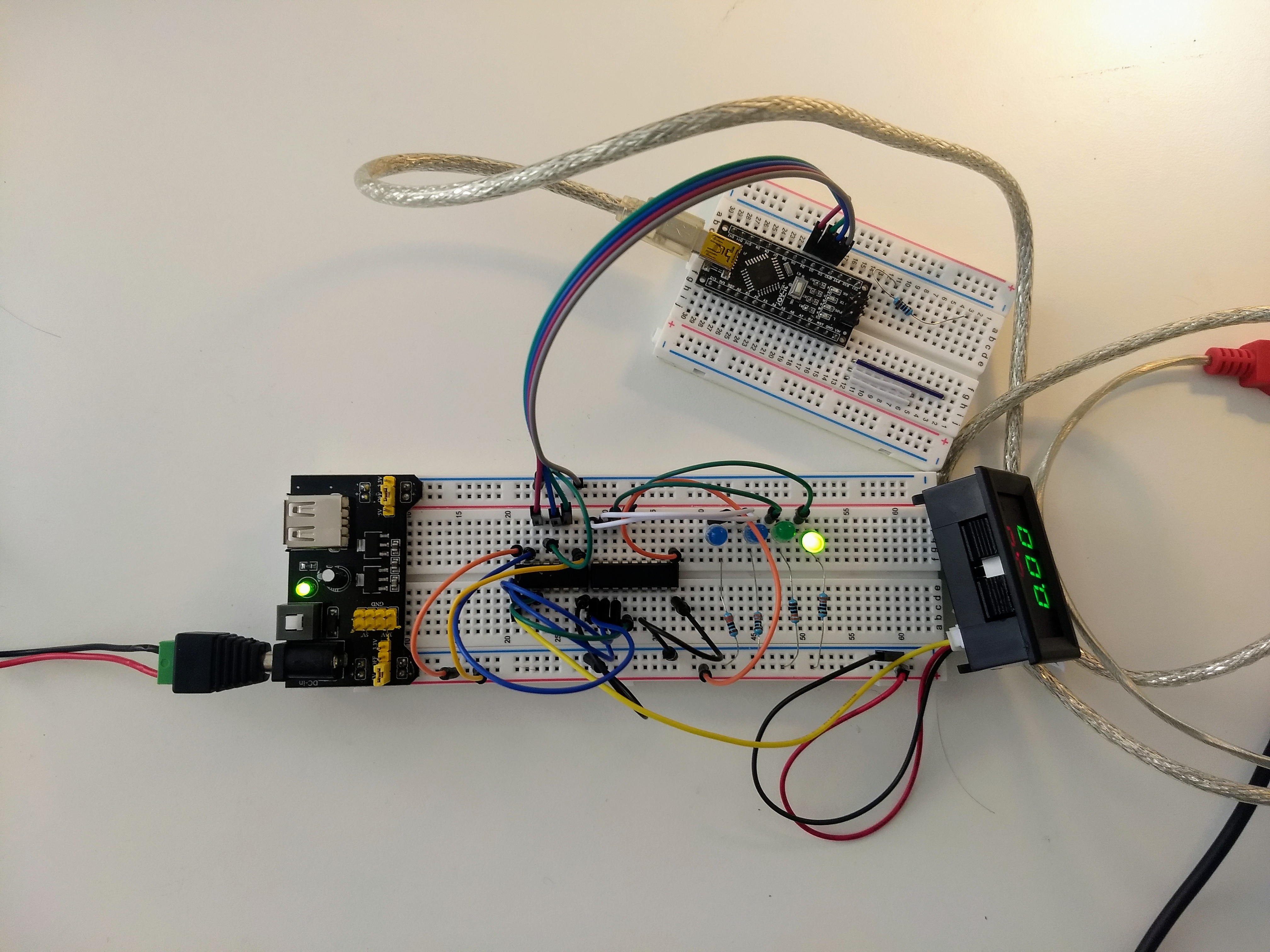 PWM Through a 74HC595 Shift Register at forum.arduino.cc

Trying to connect to my Arduino clone (JOY-IT Arduino-compatible Nano V3 Board with ATmega328P-AU) from Ubuntu 18 I got a strange error messages.

There are three ways you can install Arduin IDE in ubuntu 18:

First of all I had to add a current user to dialout group and logout-login – that’s fine:

Then all the tutorials require for checking

And I don’t have that. I have USB0 instead:

When I tried to upload some simple programms to the board I got: *

That version was way too old.

That was almost fine.